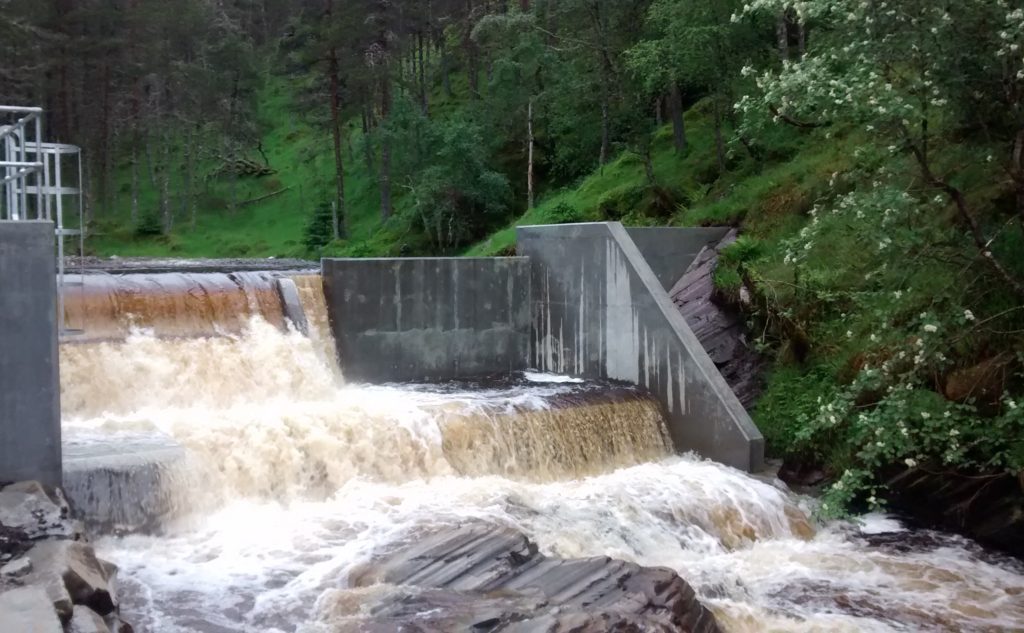 GreenPower’s Carie Hydro project is a run of river scheme located on the south side of Loch Rannoch in highland Perthshire. The hydroelectricity project was consented in December 2013 and has been operational since October 2015. 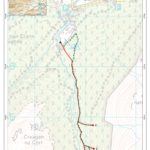 This hydroelectric project has been developed in a typical ‘run-of-river’ style. Water is abstracted from the river and diverted through the penstock (pipe) to the powerhouse where the power is generated via the turbine. The water is then discharged through the tailrace back into the river. No water storage is required and notches in the intake weirs ensure that a level of water continues to flow down the section of river between the intake and the tailrace. When water flows are low, all the water stays in the river and in times of spate, most of the water also carries on down the river.

There are four intakes in the scheme; the first main intake provides the majority of the water, while the three smaller intakes improve the performance of the project in periods of low flows thus increasing the number of operating hours per year. Located in the power house where the Carie Burn flows into Loch Rannoch is a Gilkes 650mm Twin-Jet Pelton Turbine generating a maximum output of 500kW.

One of the main challenges in constructing Carie was the possibility of finding unexploded ordnance (UXO) on site. Anecdotal evidence of UXO from WWII in the area had been received from Forestry Commission in July 2014.

A risk assessment was promptly carried out by 1st Line Defence, UXO Specialists and Consultants, who provided advice on reducing the risk to as low as reasonable practicable. This included briefings to all site personnel, surveys for intrusive works and UXO Watch and Brief Support.

One live mortar was discovered which was blown up in situ by the Ministry of Defence. Several other redundant mortars were also discovered which were disposed of. The presence of UXO did cause delay to the project programme, however, through collaboration with the on-site team to work on other parts of the site the schedule of works was maintained and most importantly the safety of all workers on site was ensured at all times.